Real Clear Politics updates their averages daily for polling across the United States. In a three-way match-up against Donald Trump and Hillary Clinton, Gary Johnson has had his ups and downs. 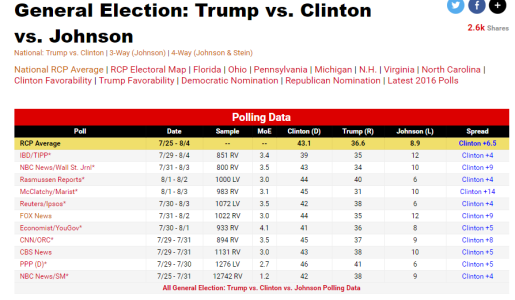 The tide is now changing in this election and with the downfall of Donald Trump we are seeing the rise of Gary Johnson.

If you haven’t checked out his campaign then do so now.