Libertarianism in a Nutshell: The Beliefs and Structure Behind a Modern Political Philosophy

What is Libertarianism? That is a question I get asked a lot from people who are unfamiliar with American politics, and something that I have to constantly explain to the students I teach everyday (for those who didnâ€™t know I am an educator by day). Their experience in politics is limited to two simple facets; the Republicans and the Democrats. In other cases they might associate the philosophy of a conservative and a liberal, but that is it!

So what does it mean to be a Libertarian and believe in the philosophy of Libertarianism?  The answer is quite simple and my task here is to educate the many voters across this country and introduce them to a new form of thinking. We are engaged in one of the most divisive election seasons in modern history and many are starting to question their place in this craziness.

Therefore I will perform my patriotic/civic duty and provide the lost and wanderers a sense of direction and introduce them to a simpler way of thinking. I call this “Libetarianism in a Nutshell: The Beliefs and Structure Behind a Modern Political Philosophy.” (Yes I know that it is really not a modern philosophy, but it is the most applicable for modern times)

This conversion will be easy and painless, I promise.  There are two tenets of Libertarianism that will be covered and explained.  I will break them down individually so everyone can understand.  Here we go!

The idea of self-ownership is fundamental to the Libertarian way of thinking.  You own your body and mind.  You are free to make choices for yourself and accept the consequences of your own actions.  Your freedom to make those choices end when someone elseâ€™s rights begin.  We have liberty and it is fundamental to living in a free society.  Government should not dictate to you the choices you make and no individuals, along with that government, should use force against one another to further their own beliefs.  The only use of force that is justified is in self-defense.  If my liberty is in danger I have a right to defend it.

Personal liberty extends to privacy.  My personal relationships are no ones business, and I have a right to privacy guaranteed to me under the 4th Amendment of the Constitution.  This right should not be infringed upon by the government or other individuals.

Freedom extends to my economic well being.  I have every right to benefit from a free market, capitalistic system, where my wealth and bounty is mine to keep.  “The only proper role of government in the economic realm is to protect property rights, adjudicate disputes, and provide a legal framework in which voluntary trade is protected. All efforts by government to redistribute wealth, or to control or manage trade, are improper in a free society.” (That was taken straight from Libertarian Party Platform).  Free people have every right to buy and exchange in a free market, enter into contracts between consenting adults, and strive for the best possible economic outcome for their lives.

These are the two main tenets of Libertarianism. Both are built around the concept of freedom.  Freedom both in my personal life and in my economic life.  Like what was stated before these are not new ideas, but in the world we live in today they are adapting to a modern twist.  Freedom is under threat from the two major philosophical structures that have been running this country for some time. People are starting to become scared with leaders like Donald Trump and Hillary Clinton on the verge of running this country and they are looking for a safety net.  Libertarianism is that safety net. It protects you from the government and others trying to cause you harm. It is what this country was founded on.

Become an enlightened thinker and voter. Explore the new possibilities that exist in front of you. Check out this new birth of freedom!

Here is a nice graphic that puts Libertarianism in an even smaller nut shell: 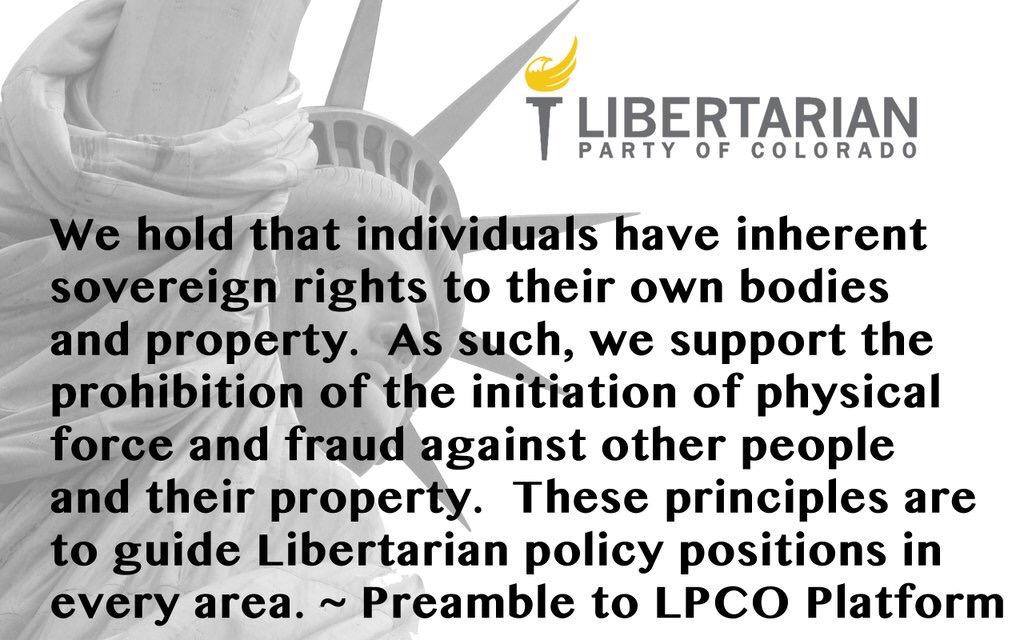 One thought on “Libertarianism in a Nutshell: The Beliefs and Structure Behind a Modern Political Philosophy”

Libertarianism in a Nutshell: The Beliefs and Structure Behind a Modern Political Philosophy | H. A. Busse said:
May 13, 2016 at 2:46 pm

[…] Source: Libertarianism in a Nutshell: The Beliefs and Structure Behind a Modern Political Philosophy […]