The national debt is the key fundamental foundation to our economic problems as a country. It seems that only a select group of people are the only ones that care about what the national debt and discuss it in depth.

Most people will try to blame the current national debt on the Obama Presidency but it is more than that. In the past 8 years, the National Debt has grown $9 Trillion and it is not just the fault of President Obama. 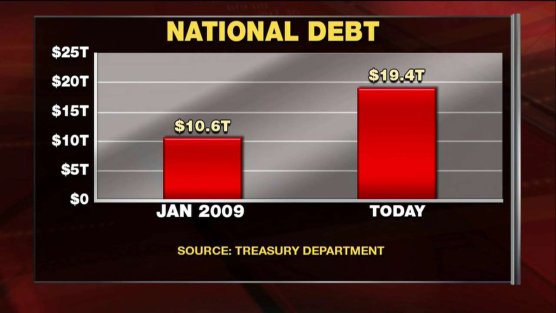 This problem is both a Democrat problem and a Republican problem. Blame cannot be placed onto one group as each is responsible for this mess we are in as a country.

Politicians that care more about their reelection bids than actual governing are the cause of an increase like this in the National Debt.

This country needs a new direction and approach to the debt problem and it will take a politician that has a proven record in reducing spending and lowering taxes.  A Libertarian in charge will force Democrats and Republicans in Congress to look hard at their spending habits and their reliance on debt.

Spending is an issue in Washington and is the cause of the exploding National Debt. Reigning in this destructive issue will put the United States on track to better economic prosperity.