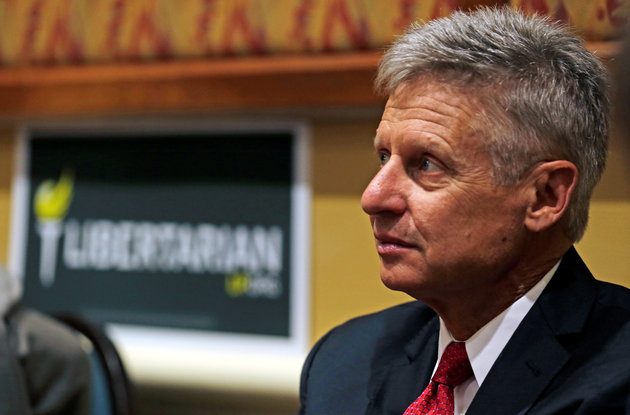 Over the past few weeks, we have witnessed the support for Gary Johnson on a national scale go up and down and worries of not reaching the 15% threshold became conversations across the board.

All of that might be changing now as the Johnson campaign has pushed his message across the country with t.v. ads, radio ads, and newspaper endorsements.

A new national survey by Quinnipiac has Gary Johnson polling back in higher double digits with 13% in the most recent sample of voters across America.

In a largely negative presidential campaign, where most Americans are voting against, rather than for, a candidate, Democrat Hillary Clinton leads Republican Donald Trump 48 - 43 percent among likely voters nationwide, according to a Quinnipiac University national poll released today.

This compares to a 51 - 41 percent Clinton lead in an August 25 survey of likely voters nationwide, by the independent Quinnipiac (KWIN-uh-pe-ack) University.

This is big news as the Johnson campaign makes the push to get him included in the Presidential debates that start at the end of this month. Even if Johnson doesn’t make the first debate he could still qualify for the other two and with his rising support ever since the “Aleppo Gaffe” he has the ability to make this a reality.

Here is a breakdown of the new poll by certain demographics. Again, Johnson performs quite well with the 18-34 age group.

With this new poll, Governor Johnson has increased his Real Clear Politics Average to 9.2%. 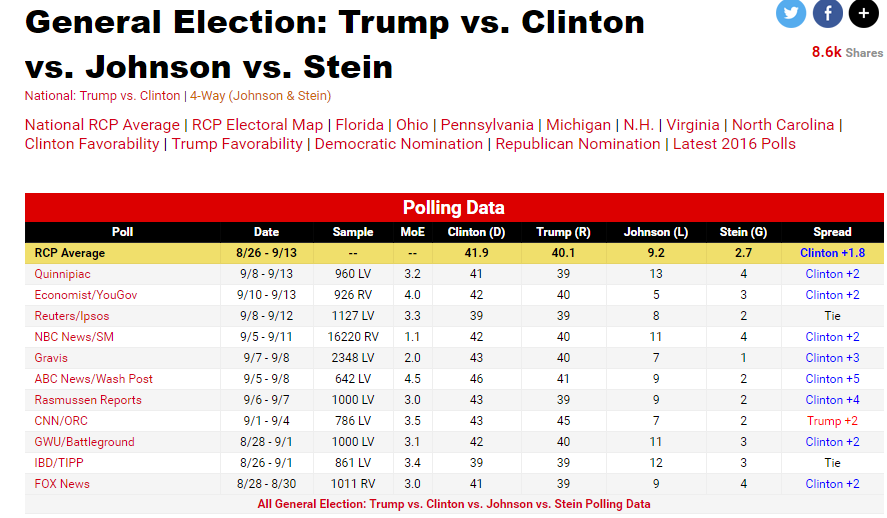