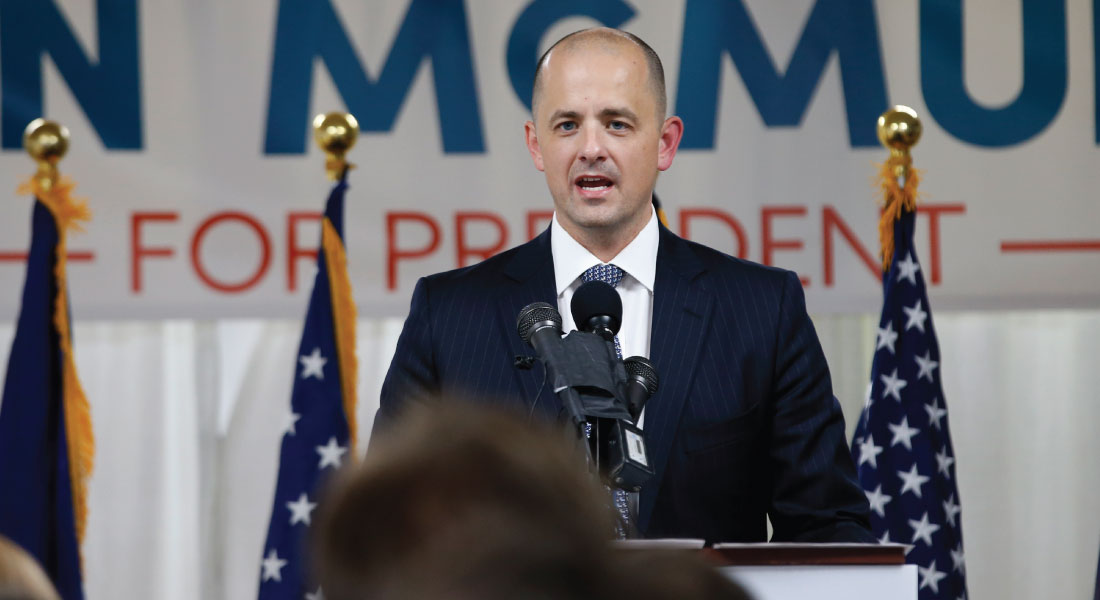 While we have been promoting Gary Johnson for some time on this website, we are venturing away from our typical narrative to bring you some crazy breaking news.

The Independent candidate Evan McMullin is one point away from tying Donald Trump in the State of Utah.

The poll of likely voters, conducted Saturday and Sunday by Rasmussen Reports shows a sensational result in Utah, where two points separates the top three candidates. Donald Trump has 30%, conservative Evan McMullin has 29%, and Hillary Clinton has 28%. Gary Johnson has collapsed to 5%, with Stein at 1%.

While Johnson was polling quite well in Utah for some time, he has collapsed because of McMullin’s entrance into the race.

The difference, however, is that McMullin is only on the ballot in 11 states where Johnson is on all 50 state ballots. He seems to be employing the strategy that Johnson’s campaign has had for some time. Win at least one state, tip the election to the House and then be elected by Congress.

However, this is a testament to the displeasure that many voters have with Donald Trump. In a state like Utah that has gone Republican for decades is on the verge of being handed over to another candidate showcases the major flaws with the Republican nominee.

McMullin has given a small enough voice to disaffected Conservatives that can’t stomach the idea of Donald Trump being their leader. However, at this stage of the race McMullin might win Utah, but the election seems to be tipping to Clinton in the Electoral College math. But, time will only tell.