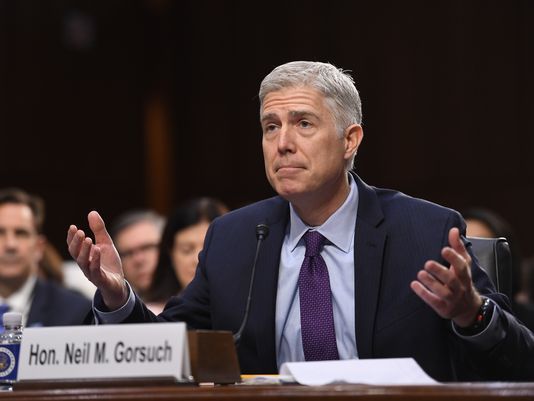 One of the more hot-button issues in the Libertarian Party right now is the viewpoint on abortion. As a party, we stand firmly pro-choice in regards to a women’s right to chose. However, there are some that would like that position to change and be another pro-life party.

With the Supreme Court hearings taking place this week with Trump’s nominee Neil Gorsuch, it appears that the pro-choice movement will win for now.

During his Senate confirmation hearing Tuesday, Supreme Court nominee Neil Gorsuch abstained from articulating a position on abortion but did explain that he views it as precedent.

“I would tell you that Roe v. Wade, decided in 1973, is a precedent of the United States Supreme Court. It has been reaffirmed, the reliance interest considerations are important there and all of the other factors that go into analyzing precedent have to be considered,” Gorsuch said.

When asked how he would have ruled on Roe v. Wade, Gorsuch said, “If I were to tell you which are my favorite precedents or which are my least favorite precedents or if I viewed precedent in that fashion, I would be tipping my hand and suggesting to litigants that I’ve already made up my mind about their cases. That’s not a fair judge. I didn’t want that kind of judge when I was a lawyer and I don’t want to be that kind of judge now.”

While it could appear that he might be lying to the committee, it has been known for awhile that most SCOTUS nominees have held to their statements on precedent.

Roe v. Wade has been engrained in our society for over 40 years. The prospect of that changing is very slim, even if conservatives try to pack the court with their own. Most judges are going to follow the precedents that have been set for years unless there is a dramatic development that will change the scope of a case.

The Libertarian stance on abortion is not going to change either. Even though some are trying to push the pro-life agenda on the party, most people joined the party because of their social tolerance stances. Liberty and choice is what drew them to the party and movement.