What started as a Reddit post has now expanded to a movement of Libertarians giving gifts instead of tips to waitresses. The Missouri resident left a note on the receipt of “Taxation is Theft” along with an explanation that “This is not a tip. This is a personal gift and not subject to federal or state income taxes.”

This movement has expanded to the point that sites like lpstuff.com and zazzle are now offering libertarian tip cards.

Currently, the IRS requires any employee who receives tips to track the amount they receive and report it as a part of their total income. Any employee who fails to do this can be fined or have wages withheld to make up the cost of the unreported income.

A gift is considered “Any transfer to an individual, either directly or indirectly, where full consideration (measured in money or money’s worth) is not received in return” according to the IRS. Gifts in the amount of up to $14,000 are not taxable under the current tax codes.

To libertarians, this seems like a great way to not only assist waiting staff, who typically make under minimum wage in the assumption that tips will make up the difference, but also act a great way to fight back against government taxation. The question that must be asked is if this gift giving is actually tax exempt.

It turns out, there is a lot of grey area in this situation and that this type of “gift giving” has little to no precedent.

The CW 33 interviewed Stephen J. Schlichting about the topic of Libertarian tipping and he explained that from the IRS’s view, this is still in fact taxable income. “There’s a gray area, because cash tips, do they go in the bank, do they not? In the scheme of things the IRS isn’t worried about a dollar here and a dollar there. It’s just when they look at a return and it doesn’t make sense.”

Fox News interviewed Rachel Wilson, Asst. Professor of Accounting at the University of Missouri, who claimed “Calling something a gift does not make it a gift. You determine if something is a gift based on the donor’s intent. To be a gift, it must be made out of benevolence, not associated with a business relationship or some other quid pro quo motivation.”

One could argue that the money left was indeed not based upon the service, but a thoughtful gift to help out a person in an underpaid profession. Libertarians should probably play it safe and not included anything about quality of service to avoid any speculation that the money given is a tip.

I encourage Libertarians everywhere to use this grey area to spread the ideals of voluntary giving and as an example of how libertarians do care about making a difference in the lives of those who are in need without coercion of the government.

Below are more pictures of Libertarians participation in “tipping”: 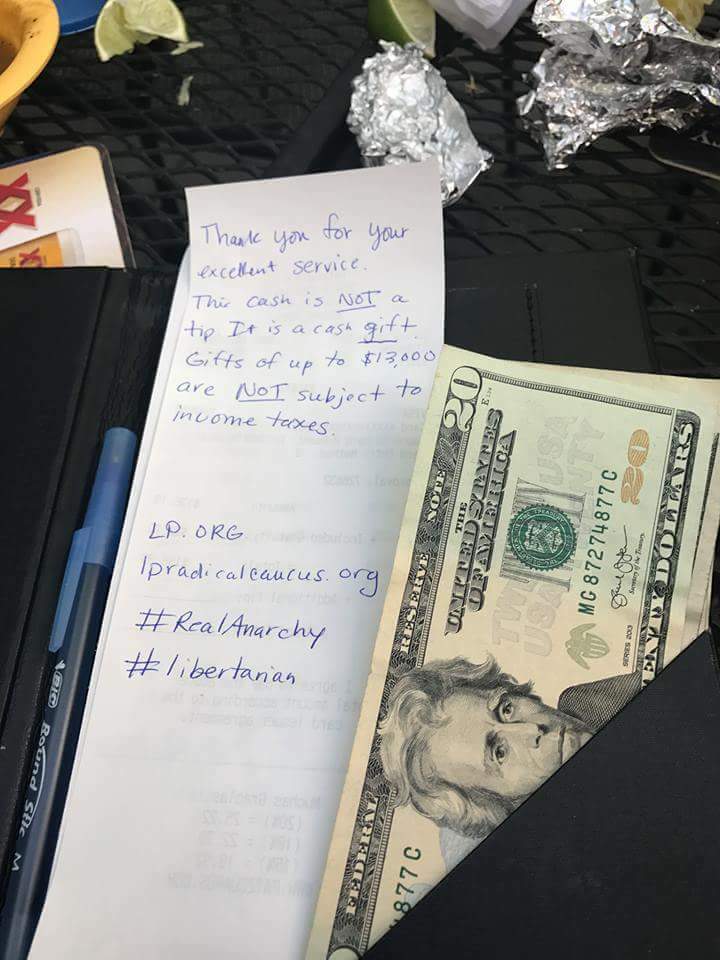 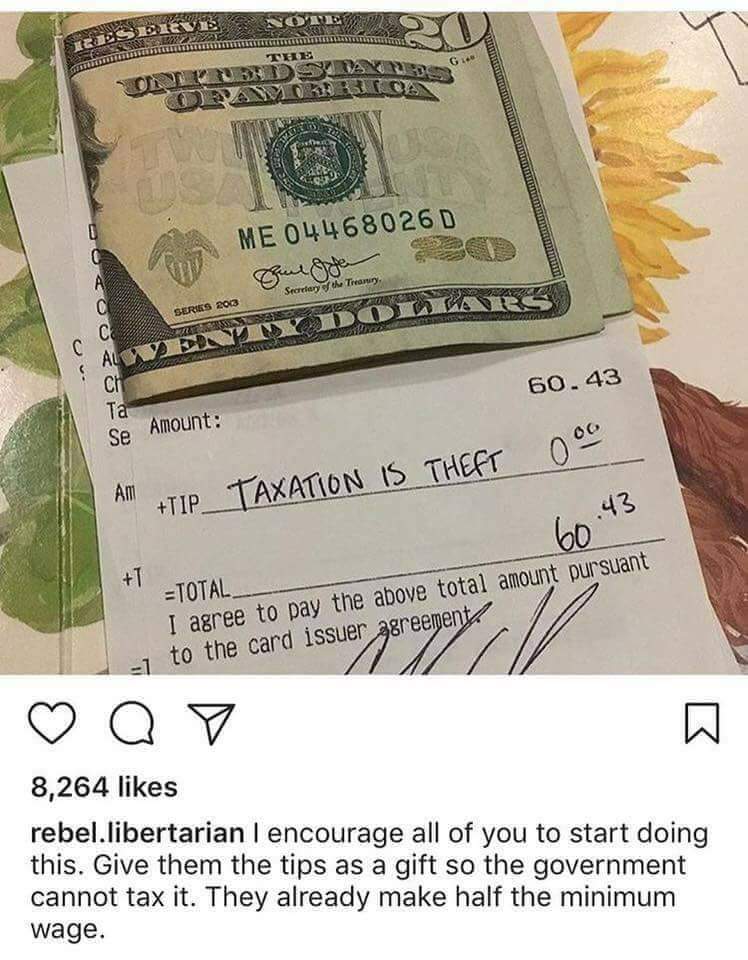 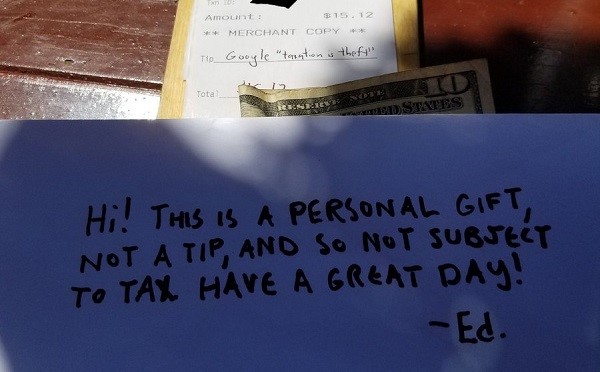