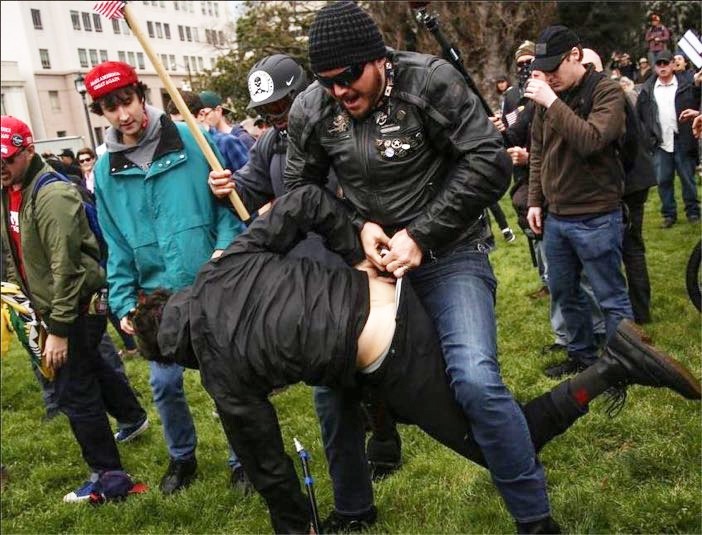 The violence in Charlottesville brought out rhetoric I would expect from the left: attempts to link the white nationalists to Donald Trump, and attempts to paint the attendees of the rally as representatives of all conservatives. The reaction that caught me off guard was a complete denial of the actions of Antifa and other extreme leftist groups.

A video released Wednesday by the Human Rights Campaign that places Donald Trump’s comments on Charlottesville over footage of protestors shouting “You will not replace us” and “blood and soil”, begins with the phrase “There are not two sides.”

Arnold Schwarzenegger commented on the President’s rhetoric that “There are not two sides to bigotry and there are not two sides to hatred,” while a more delusional author from Democratic Underground claims “There is one caring, reality based side, and a bunch of reality deniers that are stroking their guns while watching Fox Lies, and living in a fantasy world created by Roger Ailes.”

The editorial board of Central Maine went so far as to claim that those who opposed the white nationalists and neo-Nazis were defending “American values.” Some Anti-Fascist groups are even claiming that they are just in their violence because it’s a matter of “self-defense” because “[…] like the Nazis of the 1930s, the one thing that unites all of these different far-Right groups, from militia members, to the Alt-Right, to libertarians, to Trump supporters - is the belief that for them to grow and expand, they must first confront and destroy the Left itself.”

Frankly, I am shocked that so many people can ignore the violence that Antifa has committed and even claim that they are just defending freedom. Not only is this false, but this comes across as supporting a group that is just as violent as the Alt-right protesters were in Charlottesville.

In 2016, a white nationalist march was met with Antifa protestors where “at least seven people had been stabbed, nine were hospitalized and many more suffered bruises, scrapes and cuts.” Sacramento Antifa claimed in their “objective is never violence” when announcing their intentions to protest the event, while simultaneously having an image of a Nazi being bludgeoned in the face with a giant boot on their poster. 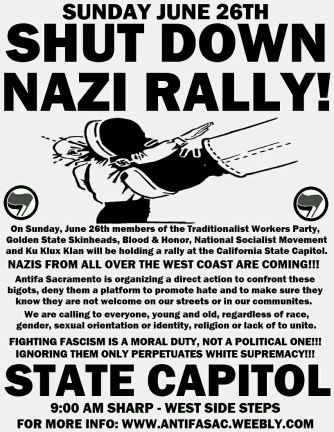 Antifa forced Berkeley to cancel Milo Yiannopolous’ speech because they were lighting fires, launching fireworks at police and at one point smashed a metal barricade into a door. The riot resulted in 6 injured people.

Two months later, Antifa forced Ann Coulter to cancel her speech at Berkeley because of threats of violence.

The Monday after the Charlottesville violence, Antifa attempted to shove police officers out of the way who were there to protect a right-wing march.

If I ever make a plea to the left, it’s this: stop ignoring the violence and harmful rhetoric of Antifa and alike groups. Don’t claim that the Alt-right and white nationalists can’t be ignored, while simultaneously ignoring another extreme wing of the political spectrum. Both of these groups are violent, collectivist and extremely harmful to the United States. If it is expected that conservatives, libertarians and Republicans denounce every violent act of the Alt-right, I expect to start seeing the same from the left for every violent act committed by Antifa.