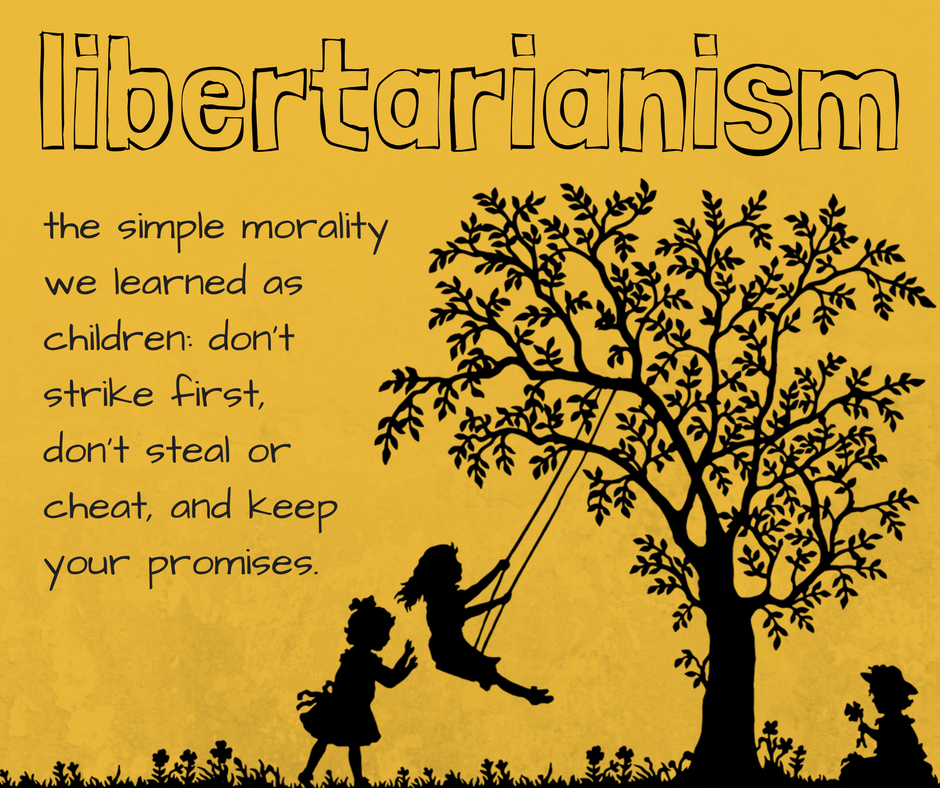 It has been awhile since I have written an article on this site. Life gets in the way and priorities change for a while. However, my priorities are starting to take shape and that is making sure that the people of this country hear a message that will bring some type of sanity and save us from despair.

It is not a shock to know that I am not a fan of Donald Trump. Since day one I knew that his candidacy and eventual Presidency would be a disaster for this country. I stand by every one of my criticisms and will continue to fight his authoritative agenda. There are some Libertarians that have caved into his thinking and have claimed that he is more of a Libertarian President than we originally thought. I would refute that statement and say that he has been quite the opposite. He is a dictator in disguise and is placing this country and world on the brink of annihilation. Saber rattling and threating Nuclear War is not Libertarian!

Now, to the point of this article. The only thing that can save this country is Libertarianism. We need true Liberty in our government. We need a world where the individual is sovereign and has the ability to make rational decisions for himself that will not affect the well being of others. We live in this world where everyone thinks that the government can provide the answer to our problems, but as Ronald Reagan once said: “Government is the problem!”

Peace is essential to a truly free society. When we are constantly pressured into a world that is based on fear and using that fear to engage in hostile action we are restricted in our freedom. Any type of restriction leads to instability. Think back to our nation’s history and you can see the constant instability and then the resulting action by our government to produce a fix. Every time they produce a fix free people are pushed aside for what they see as the betterment of society.

Libertarianism is a simple philosophy that has guiding principles that can provide practical solutions to our problems.

From The Statment of Principles:

Governments throughout history have regularly operated on the opposite principle, that the State has the right to dispose of the lives of individuals and the fruits of their labor. Even within the United States, all political parties other than our own grant to government the right to regulate the lives of individuals and seize the fruits of their labor without their consent.

Since governments, when instituted, must not violate individual rights, we oppose all interference by government in the areas of voluntary and contractual relations among individuals. People should not be forced to sacrifice their lives and property for the benefit of others. They should be left free by government to deal with one another as free traders; and the resultant economic system, the only one compatible with the protection of individual rights, is the free market.