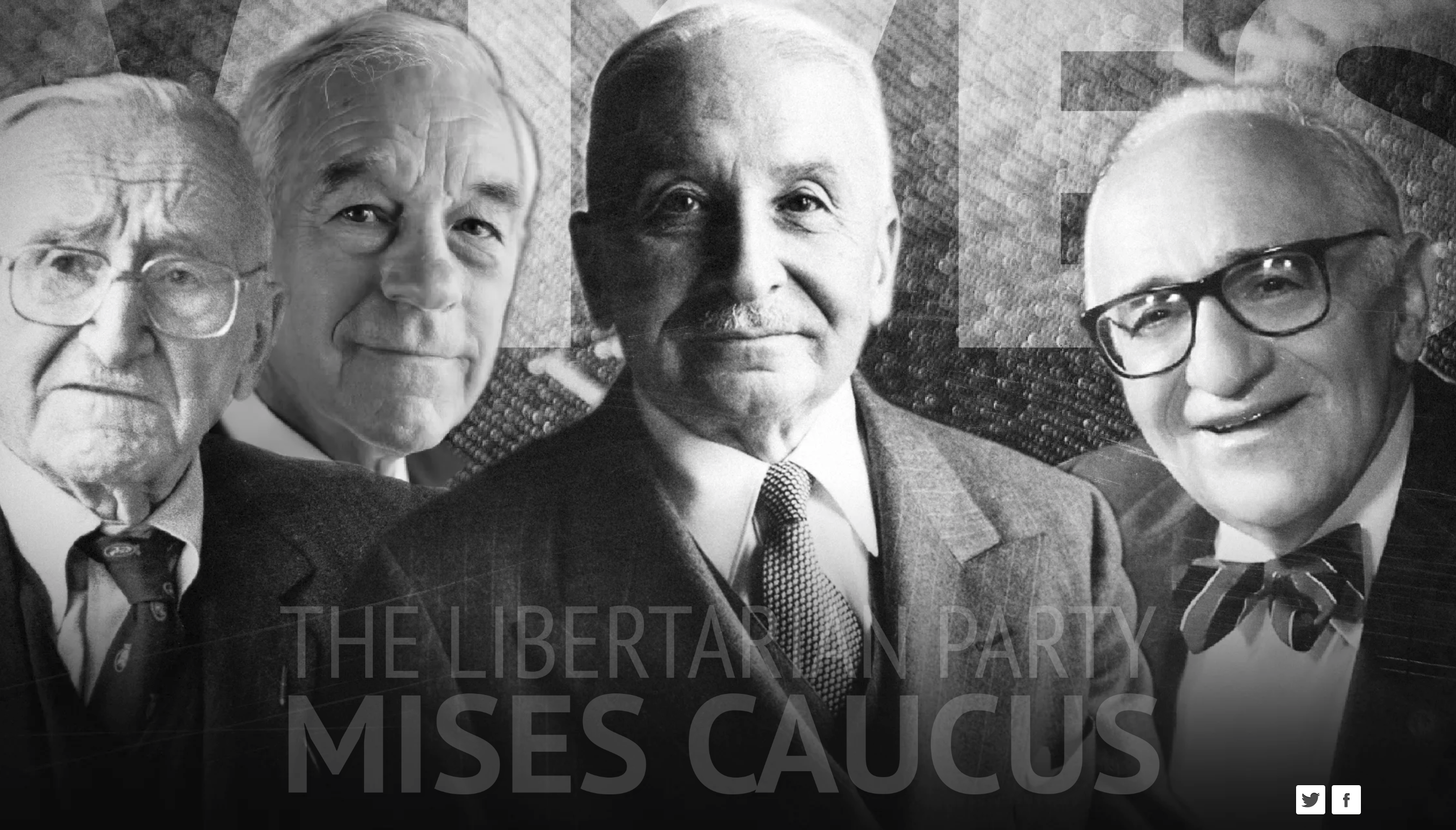 I have been a registered Libertarian since February of 2016. I have been a Libertarian in philosophy and principle since 2008 when I was changed for the better by Dr. Ron Paul.  I came from the Republican Party where I was very active in recruiting members and helping get candidates elected to office. Once I read “The Revolution” by Dr. Paul I began to discover a whole different look and approach to politics and dived right into the philosophical elements of Libertarianism.

I was captured by the Austrian School of Economics and the works of Ludwig von Mises and have been hooked ever since. It is just a reassuring argument to how the world should work and the brevity goes beyond any other philosophy coming from the world of politics.

Now, since joining the Libertarian Party in 2016 and getting myself involved in the inner workings of a great group of people I started to see the many different styles and philosophical thinkings of Libertarians. On the surface, it is all the same to most ordinary people, but there are some differences between the many different facets of the party that I was mesmerized by the different thinkings. I have known where I stand and defended that with tenacity and quality thinking. Over the past year, my life has been somewhat busy with transitioning to a new job, my wife getting pregnant with our first child and the birth of that child. I didn’t even realize during that chaos that a new group/caucus had formed in the LP. It was this year’s convention and lead up to it that I discovered the Mises Caucus of the LP and became very attached to what they were doing and the candidates they were putting up for LP officers.

With this discovery, I believe I have found my intellectual home in the Libertarian Party! These are the type of people that I would like to share my ideas of government and have a beer with.

If you are not familiar with their platform then here it is:

Statement of Purpose: Our purpose is to promote economic literacy within the Libertarian Party as taught by the Austrian school of economics, to stress the importance of sound economics as critical to the Libertarian Party message, and to advocate applying the science of human action—praxeology—in Libertarian Party efforts to counter the statism of both Democrats and Republicans. We promote opposition to war, advocacy of decentralization, and privatization both politically and monetarily as the highest priority issues for all libertarians. As a community and work culture, our emphasis is on coalition building- working together on things which we agree, in order to achieve political objectives in the real world and expose non-libertarians to the superiority of governance by the market instead of the State.

Plank 1 – Property Rights: We recognize the right to property as natural and self-evident, and advocate private property rights from both an ontological and utilitarian perspective. We affirm that private property rights extend from self-ownership and the scarcity inherent to our material existence. We condemn all fraud and initiatory violence towards a person’s life, liberty, and property. We contend that private property is the best way to reduce and reconcile conflict between individuals. We advocate non-corporatist privatization wherever possible. We categorically reject socialism, defined as the non-private collective ownership of resources.

Plank 2– Economics: Economics is the study of human action in the context of scarcity. We recognize the Austrian School of Economics as the preeminent body of economic science, whose analysis acts as a polestar, informing and under-girding libertarian political prescriptions.

Plank 3– Money: We reject all forms of State intervention into monies and currencies, with the understanding that competing monies are the cornerstone of a functional economy. We define State intervention to include, but not be limited to, private or public central banking, State issue of currency, banking regulations, the State making purchases of monies, currencies, stocks, bonds, treasuries, or specie, and legal tender laws. We support the aggression-free competition and proliferation of free market monies and currencies in all their forms.

Plank 4 – Decentralization:  We recognize that freedom of association manifests itself politically in the form of absolute right of self-determination. We support decentralization – subsidiarity, secession, nullification, and localism – of political units all the way down to the individual as a means of expanding choice and competition in governance for all individuals. We recognize and affirm that the State is not the same thing as governance.

Plank 5– War: We advocate the abolition of empire including ending the terror war, bringing all the troops home, and closing at least all foreign bases. We advocate a policy of armed neutrality in all conflicts where we are not directly attacked, and the transition of defense and security services from the State to the free market whenever and however feasible, including the abolition of gun control laws. We advocate peace and trade with all, alliances with none. We support the precipitous reduction of nuclear arms. We reject non-defensive war against state actors, and reject war as a means of pursuing justice against non-state aggressors. We reject first-use of sanctions, being a form of siege and therefore an act of war. We reject the subsidy of business through taxpayer funded security and intelligence services. We reject the State’s use of proxy entities to perform any of these activities.

Plank 6 – Lifestyle Choices: We take no stance on the personal, cultural, or social preferences of individuals or groups. One’s lifestyle is merely an extension of their property rights. Thus, no individual or group can rightfully claim jurisdiction over the lifestyle of another. We assert only that any and all lifestyle choices must not violate the property rights of others.

Plank 7 – Identity Politics: We categorically reject all forms of identity politics as nothing more than weaponized tribal collectivism that is antithetical to individualism.

Plank 8 – Omissions: Our silence about any other particular government law, regulation, ordinance, directive, edict, control, regulatory agency, activity, or machination should not be construed to imply approval. We seek to enunciate our top priorities, not the entirety of our positions.

These are all the things that I fell in love with when I read Ron Paul’s “The Revolution” back in 2008. The government has gotten too powerful and we use that power to cause havoc at home and around the world.
I have now committed myself to advance the cause of this caucus and promote the ideals of Mises to a new generation of Libertarians.
As the saying goes…welcome home!
Advertisements