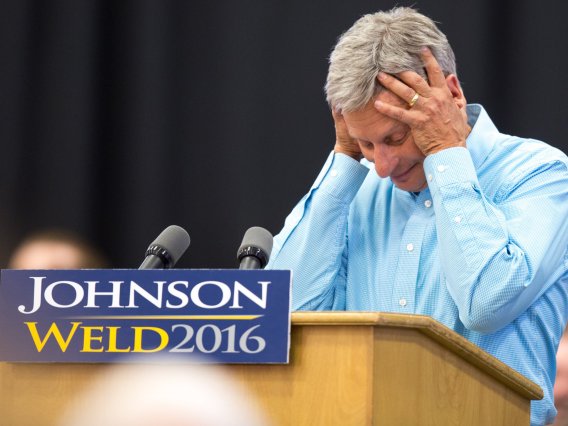 There has been yet another attempt to discredit Gary Johnson and his foreign policy experience with questions unrelated to the underlining policy of the United States.

Business Insider is reporting the following:

In an interview with The New York Times published on Wednesday, Johnson skirted around a question about whether he could name North Korea’s leader, Kim Jong Un.

When asked whether he knew the name of the volatile leader, Johnson said, “I do.”

When The Times pressed him further to identify the North Korean leader, Johnson appeared incredulous.

“You want me to name the person,” Johnson responded, according to The Times. “Really.”

So here is the real problem. Over the past month, the mainstream media which is bought by the two major parties in the United States has tried over and over again to discredit any hope that Gary Johnson has at the White House. They keep pinning questions on the Libertarian nominee about what city or person he knows in world affairs. They keep catching him in these so-called “Gaffes” and have used it to draw his rising support downward.

The problem we have with this is quite simple. Why is the mainstream media not challenging the other Presidential candidates this way, and specifically Donald Trump who has said that he would use Nuclear Weapons around the world as a tool for American foreign policy?

There is more to foreign policy than naming cities and leaders around the world.  Johnson has stated multiple times that he might not be knowledgeable in this regard but understands the underlining policy’s that are causing harm to our country and the rest of the world.  The mainstream talking heads who keep calling out Johnson ignore the fact that for years the United States has positioned itself in world affairs as an aggressor and has caused more harm than good throughout the world.