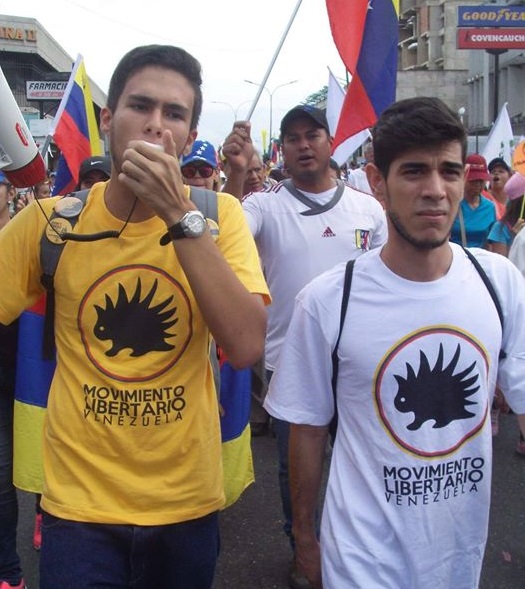 Via Libertarian Party of Nevada

Las Vegas, Nevada​ (6/26/2017) - The Libertarian Party of Nevada condemns the prolonged brutality of the Maduro (Chavista) regime against the people Venezuela, persisting to this day even as the Venezuelan state crumbles against the massive civil revolt.

Simon Bolívar, the founding father of Venezuela, Colombia, Bolivia, and Peru said “Damned be the soldier who turns his weapons on the people.”  The Maduro regime’s crimes in the year 2017 include: 1) Kidnapping and disappearance of dissidents by police and the Ministry of the Interior; 2) Imposing martial law and summary execution of civilians, including journalists and unarmed minors; 3) Deployment of mobile paramilitary forces against unarmed civilians, such paramilitary forces having carried out kidnappings and extrajudicial killings.

The Libertarian Party of Nevada also announces its strategic partnership with the Libertarian Movement of Venezuela (Movimiento Libertario de Venezuela, MLV). Like our brothers and sisters in the former Mises Cuba (now the Mises-Mambí Institute) who formed the Cuban Libertarian Party, the MLV contacted LP Nevada with a formal request for a condemnation of the Chavista regime’s crimes against the people of Venezuela, and for assistance in the development of their political party.

Much like the way LP Nevada has assisted the Cuban LP since its May 7 founding this year, LP Nevada will assist the Venezuelan Libertarians with logistical and fundraising support, marketing and public relations campaigns, and recruiting new members.

The MLV’s platform includes: 1) Ending the nationalization of industries, public subsidies of industries and prices, and interventionist policies in the market economy; 2) Abolishing the Central Bank of Venezuela while empowering criptocurrency trading; 3) Extending the privilege of nullification by veto to provinces and municipalities; 4) Decentralizing the powers of the Head of State among several public servants, each performing a different key function of the Head of State.

LP Nevada proudly declares its solidarity and partnership with the VLM and eagerly looks forward to the VLM’s imminent successes. In a country shrouded in chaos, the Venezuelan Libertarians are a light in the darkness.

Donate Bitcoin or send them a Wells Fargo bank transfer at http://www.movimientolibertario.com.ve/dona/