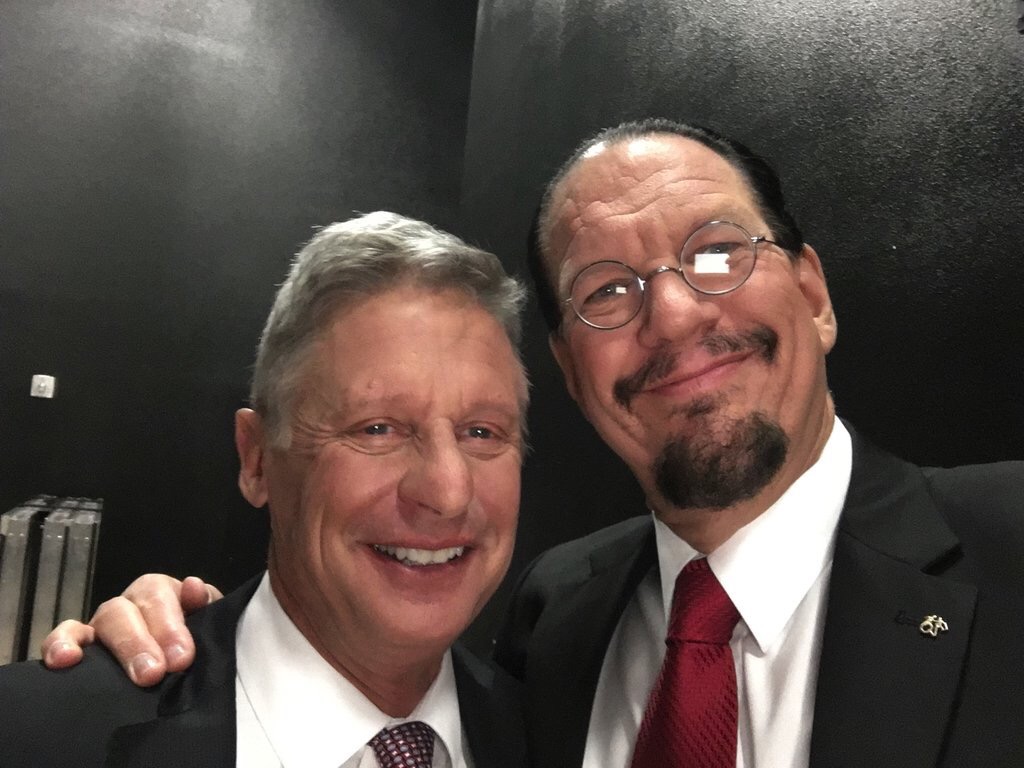 The Libertarian Party had their final debate of the 2016 Presidential Primary process in Las Vegas Nevada today which was hosted by Penn Jillette of Penn and Teller fame. Eventually this debate will be aired on The Blaze in time for the Libertarian National Convention at the end of this month.

Penn Jillette is known in the Libertarian world and highly regarded by many fans of liberty and freedom. An endorsement by Penn Jillette could go a long way in the party and for the delegates. He seems to be a big fan of the Governor so I asked him on Twitter if he was ready to endorse and the screen shot below is his resonse: 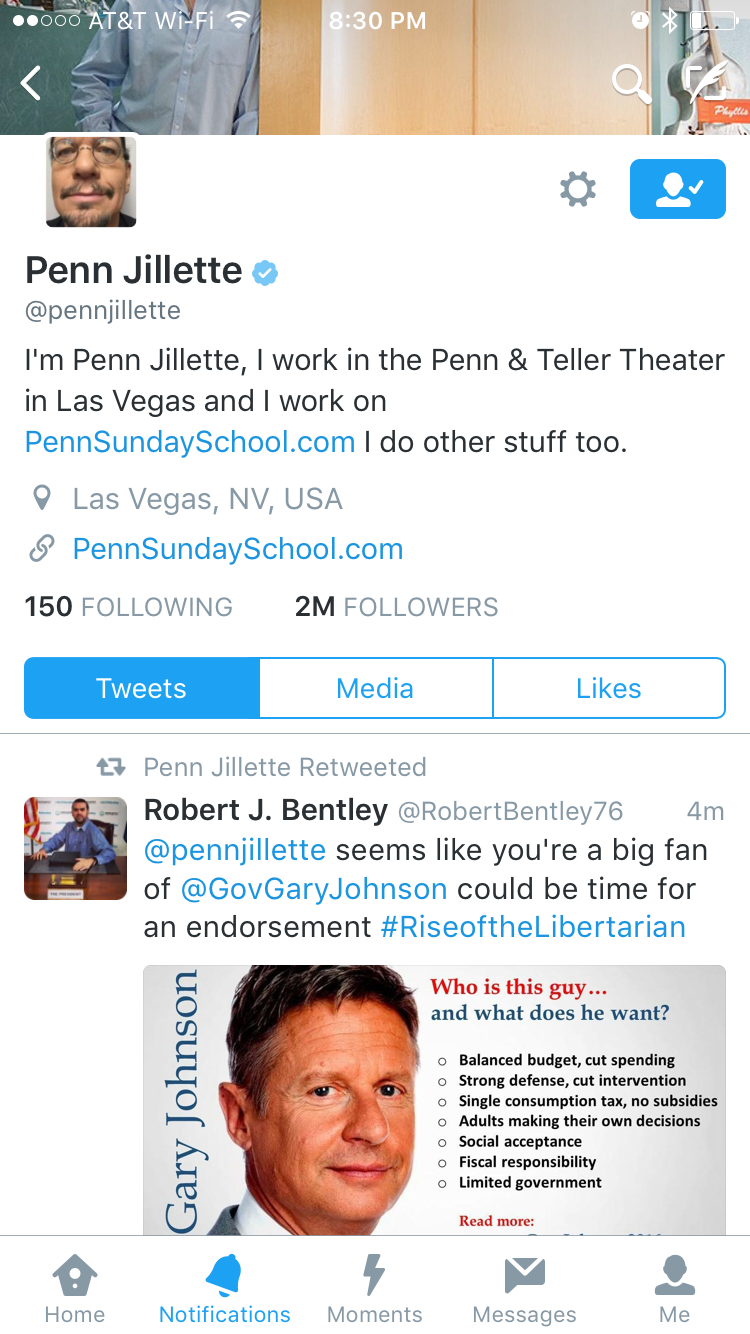 A simple retweet that can be inferred hundreds of different ways.

The Johnson campaign wikipedia page says that Penn is already an endorser of the governor but the fact that he moderated the debate today and is still firm on his support should make a big difference in the party.