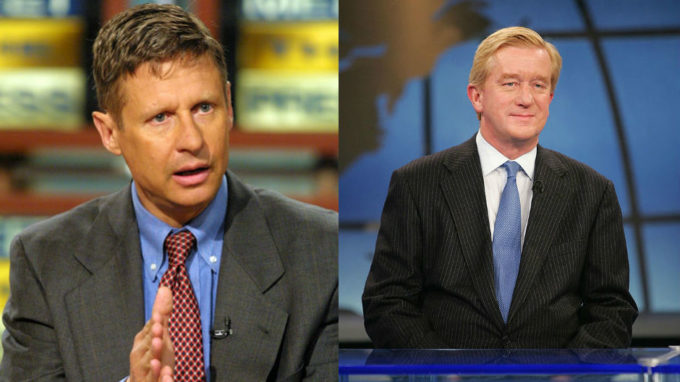 The Cato Institute, one of the leading Libertarian think tanks in Washington, released a short comprehensive rating of both Governor Gary Johnson and Governor Bill Weld. These two gentlemen are vying for the Libertarian Presidential and Vice-Presidential nominations. Both served as Governor’s during the 1990’s into the 2000’s.

The following is a snapshot of Governor Johnson’s ratings from his time as Governor:

Here are Johnson’s grades, with a few notes from the reports:

Why didn’t Johnson get some “A” grades from Cato? In most of the reports, he scored rather middling on spending. Also, the 2002 report suggests that the legislature blocked many of his reforms.

It is key to note the bottom portion.  The biggest reason that Johnson didn’t receive A’s from the Cato Institute was centered the state legislature blocking many of his Libertarian reforms.  He utilized the veto during his time as Governor to try and side step the legislature for blocking him like this.

What we have here are two of the most successful two term Governor’s running on the Libertarian ticket together.  There has been consistent criticism in the Libertarian realm of both these men and their record.  Cato has spelled it all out for everyone and shows that you have two very effective Governor’s that did a tremendous amount for their respective states.

These two men will pose a real challenge to both Trump and Clinton and their records will be able to back them up. The Libertarian Party is on the edge of history.