In this new national poll, in a three way match-up, Johnson polled at 8%.  This is hovering within the margin of error of other polls that have included him, where he has been polling at 10%. (This poll was only done over two days). 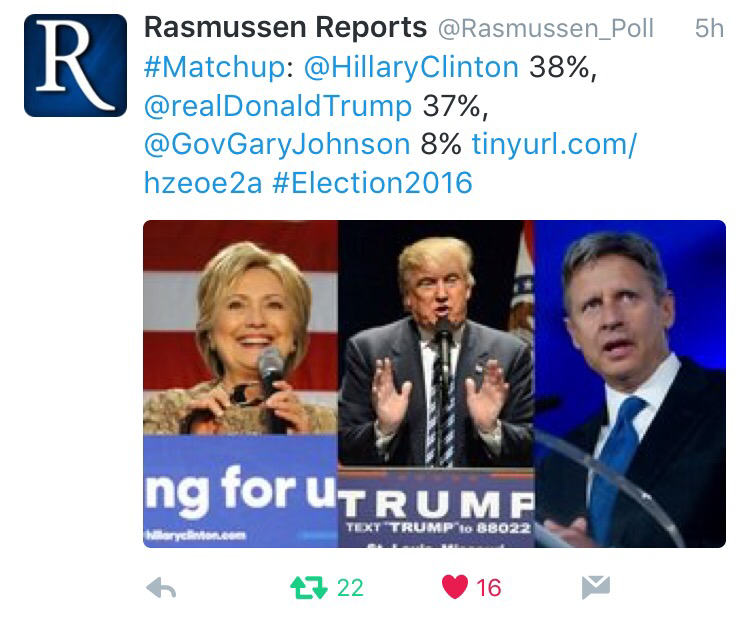 It hasnÔÇÖt even been a week since he was nominated by the Libertarian Party, and all ready there has been heavy media attention put onto his campaign for the Presidency. The more he is included into the national and state polls the more people will become intrigued by Gary Johnson and start the process of finding out more information about his campaign.