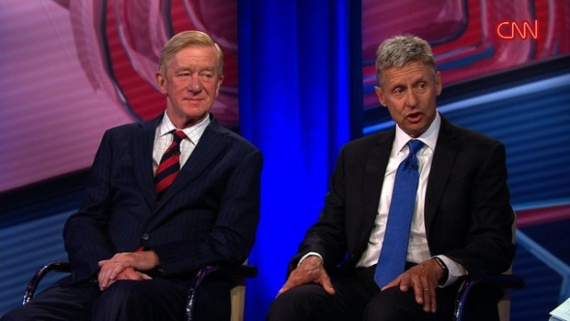 Breaking news from Politico this morning is suggesting that the sites for the Presidential debates are being told to prepare a third podium in their planning.

The venues that will host the presidential debates are drawing up plans for a three-person forum that would provide a lectern for a third-party candidate to stand on stage next to Hillary Clinton and Donald Trump.

The directive comes from producers working for the Commission on Presidential Debates and it’s meant, they say, to force the university hosts to be prepared and not as a reflection of the state of the race. But it could give supporters of Libertarian Gary Johnson and Green Party nominee Jill Stein hope as they push an alternative to the historically unpopular major party nominees.

Poll numbers have suggested that Gary Johnson might be included in the Presidential debates this election season and another report that suggested that the commission might include a candidate that gets close to their 15% entry rule.