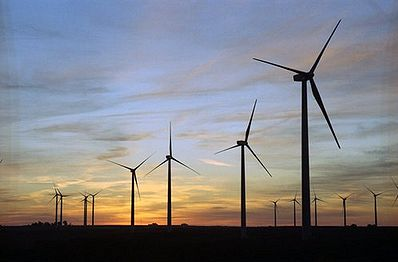 Ninety-seven percent of actively publishing climate scientists agree that climate change is occurring. And though some debate to what extent humans are involved and how close we are to environmental disaster, the fact they’ve come to this near-unanimous consensus should give one pause.

Yet many do question the validity of these claims and none so more than Donald Trump, who promised to bring coal jobs back to American workers to “make America Great Again.” And like many of his claims on the campaign trail, his claim that coal mining has a place in the future of American jobs is total bunk.

The coal industry is small and shrinking. Worse than that, coal is non-renewable. Even if you believe that coal is still needed, by logic, it will eventually run out, similar to oil or anything you mine. When this will happen can only be speculated, but eventually one day this will happen, one way or another. So why wait until we are in crisis to do anything about it?

This then brings us to the question: what do we do about it?

After the Paris Climate Agreement was cancelled by President Trump (and can we all drop this “doing it for the American worker” shtick – he did this for his own political and profitable gains), many alarmists from CEOs to mayors to governors have vowed to follow the agreement. This can be seen as good, to some extent; however, from a libertarian perspective, there is something different that should not only give hope, but legitimate excitement amongst liberty-lovers who believe in climate science, and it comes from (to no one’s surprise) the free market.

According to multiple recent online articles, A Chinese company is offering to train coal miners to work in the wind energy industry. This move aims to use miners in Wyoming, recently abandoned by both Republicans and Democrats (despite claims of being “for the American worker”), to work in the wind industry  and provide free training to help them in the new industry.

There is both beauty and opportunity in this move. It takes climate change out of the realm of political control and puts it into the hands of free market, where it belongs. Instead, private companies – who can combat climate change without the burden of the government granting-and-then-taking-away pathways to success – can be the true pioneers and leaders in a country that was built on their success. People, not governments, who want to see climate change be combated can now support companies through free trade and monetary patronage, rather than have an overbearing government steer the boat or have to beg the government to protect the planet. What’s more, that if we as a country start now by building in a growing industry on clean energy, America can once again lead the way – except this time, it’ll be free-market principles and not government doing the work. More jobs, less pollution; seriously, who would disagree with that?

And for anyone saying, “It should be an American company doing this, not Chinese.” YES! Of course! Welcome to the Libertarian movement, where we’ve been screaming about this for decades (I mean, Libertarians have; I’m a recent addition).

No one, on either end of the spectrum, should dislike this move and (hopefully) more like it. It helps combat climate change (for Democrats) and allows American industry to once again be truly competitive (for Republicans). Libertarians should lead the way in advocating for moves like this, and show the other sides its not just Republican-lite or Democrat-lite. It’s a legitimate issue they can take a stand on, as well as separate themselves from the noise about climate science so common in Washington. No more snowballs thrown in the Senate or talking heads debating scientists who, politics aside, do know what they’re talking about. This is a real, honest solution that can’t be undone by the government, because no one should have any reason to be against it.

We, both as Americans first and as Libertarians in thought, need to get on this immediately. Right now is the golden time to take this model and use it. China does have a growing economy and their agenda led by their government is especially troubling when it comes to competition in the private sector. They recently started-up the largest solar farm in the world in the middle of the ocean. We can’t let American industry get behind and be a thing of the past, which in my opinion is certainly where coal lies. Let’s let the free market shape the economic and global issues we should care about.

We should encourage companies to act now, before government decides they want to co-opt this idea. If we truly believe America is the greatest country in the world (or to use the words of Will McAvoy “we sure as hell used to be”) then let the thing that our Founders fought so hard for - true liberty - lead the way.