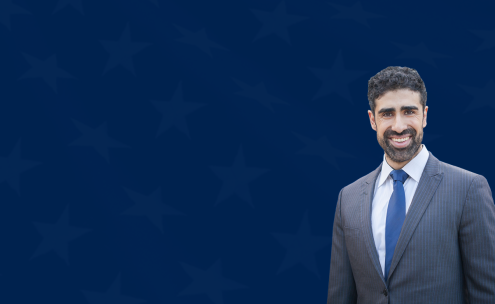 Over two centuries ago, our founding fathers declared fierce and open opposition against their own government. Today, I invite you to do the same with me. Today, I proudly announce my intention to run for United States Senate.

My campaign will be bold, unapologetic, and fearlessly Libertarian. I’ll be audacious in the debates they allow me in; I’ll be incendiary as hell when they don’t. If we have enough volunteers, we can make the campaign as much a focus as the “official” debates.

I will focus on abolishing federal departments, ending the Fed, and abolishing the income tax.

I will intentionally provoke opposition, and try to make as much of this senate election about my campaign as possible. They may block me from the official debates, but I’ll do my best to make the unofficial ones focus on my campaign.

This campaign is an open political revolt. I have no intention of trying to be innocuous or politician-y. Whether I am working to give people psychological permission to openly oppose welfare, government schools, and militarism, or focusing on the benefits of eliminating most or all of the federal government, I will be bold, radical, audacious, and unapologetic.

Is there a high chance of “winning”? No one knows. But can we use this campaign to massively increase anti-state sentiment, recruit anti-state candidates, and put out a fearlessly huge-L Libertarian message? Without question. Can we inspire people to leave fearful statism and embrace freedom? Absolutely. Can we use it to inspire people to demand big cuts in government, while building the LP’s electoral infrastructure? Definitely.

If you’d like to be a part of my campaign, please go to: https://www.facebook.com/groups/VohraLiberty/

I welcome people from all states, all political parties, and all ages who want to brazenly, boldly, triggeringly, and unapologetically oppose the state.