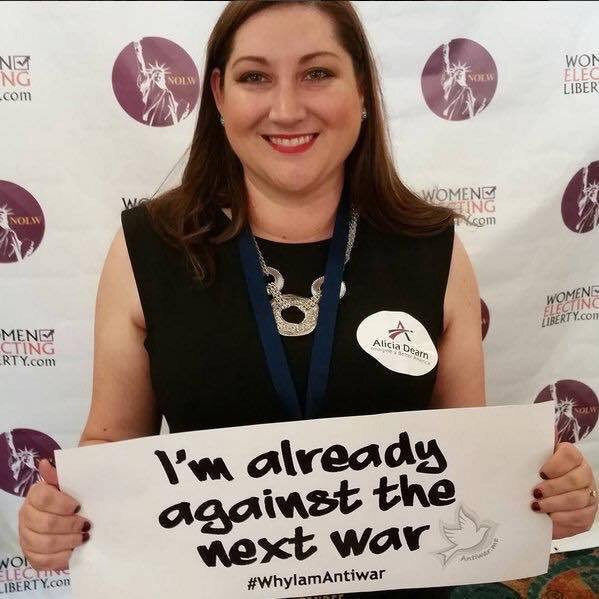 Alicia Dearn, the former Vice-Presidential prospect for the Libertarian Party, is currently exploring the prospect of running as a Libertarian in the U.S. Senate Race for Missouri.

This comes on the heels of Austin Petersenâ€™s annoucement that he wonâ€™t be running as a Libertarian in this same race but rather as a Republican.

Alicia Dearn brings the principles of peace and freedom that guide our great party to a race that is in desperate need of a clarion voice.

“Alicia Dearn is considering a run for Senate in Missouri to represent the principles of peace and freedom that guide the Libertarian Party. The Libertarian Party is the voice of reason in American politics, calling for fiscal sanity, free trade, and personal freedom. For years we have been told that we have only two choices when we vote, Alicia is running to give Missourians another choice. The choice for criminal justice reform, the choice to throw our immoral tax code out once and for all, and the choice to allow competition in healthcare. Missourians are tired of politicians at home and in Washington promising one thing in speeches and governing differently in their positions. Letâ€™s disrupt Washington together. Letâ€™s shock the Republicans and Democrats by using our vote to say “NO” to business as usual.

Mrs. Dearn would be a great candidate for this race and will represent the Libertarian Party in a good light.