The Libertarian Party snapchat, which has been used in the past for behind-the-scenes looks and 10-second interviews, is starting off the new year by promising daily liberty memes to be posted to the LP snapchat story.

The party will also be hosting “Snapchat Takeovers”, the first of which is scheduled for this Saturday and is to be hosted by Caryn Ann Harlos.

So, be sure to follow the Libertarian Party Snapchat at LPNational to get your daily dose of libertarian memes and view future takeovers and behind the scenes action within the party.

In case you missed the first round of memes, they have been included below: 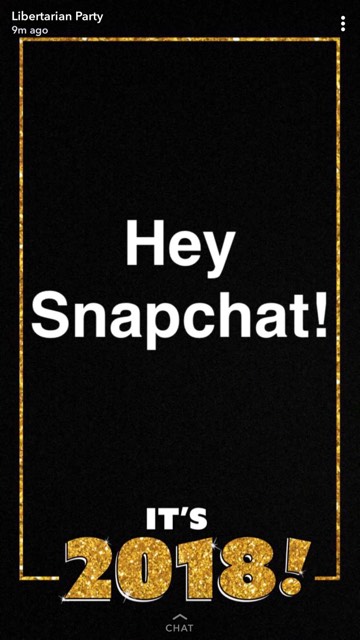 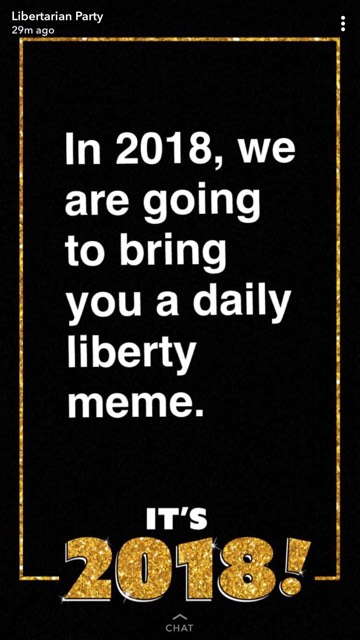