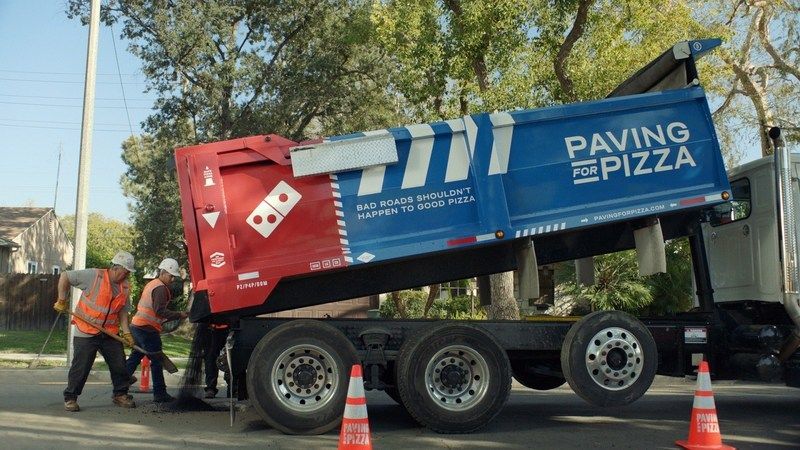 In a stroke of capitalistic genius the Dominos Pizza company has launched a new initiative to fill in potholes across the crumbling infrastructure of America.

Domino’s Pizza ($DPZ) is filling in potholes in towns across the U.S. with a new ‘”Paving for Pizza” initiative. The American pizza chain announced on Monday that it will help “smooth the ride home” for deliveries by making pothole repairs in towns nominated by their customers.Domino’s is offering to fill ‘cracks, bumps and potholes’ to smooth road conditions. The initiative is aimed at ‘saving pizza.’ Picture courtesy of Domino’s Pizza.”Have you ever hit a pothole and instantly cringed?” Russell Weiner, president of Domino’s USA explains, stated in a press release. “We know that feeling is heightened when you’re bringing home a carryout order from your local Domino’s store. We don’t want to lose any great-tasting pizza to a pothole, ruining a wonderful meal.”Domino’s has already been working with four municipalities to help repair potholes on roads, including Bartonville, Texas, Milford, Delaware, Athens, Georgia, and Burbank, California.In Milford, Domino’s says it helped fix 40 potholes on 10 roads in 10 hours with four crew members.“Facing an already harsher winter than usual for Delaware, this is an opportunity to get additional money to stretch our city’s limited resources,” said Eric Norenberg, city manager of the town, on the website.

For all the naysayers that think only tax dollars and governments can fix the roads in this country this is a big thorn right through their heart.

As a publication that preaches taxation is theft, we constantly get bombarded by people that say “well if we didn’t have taxes then who would build the roads?” Our answer has always been simple. Let the free market work and eventually something will come along that will build a road, fix a road, or whatever it might be.

Dominos is proving that free market capitalism works. By taking it upon themselves to fix these potholes they are side stepping the big arm of the government and ensuring that their business will succeed by allowing their drivers to deliver their hot fresh pizzas to customers without having to play the game of trying to avoid the faltering infrastructure of American roads. Private enterprise/companies will eventually come to the rescue and provide the essential services that are needed in our communities. 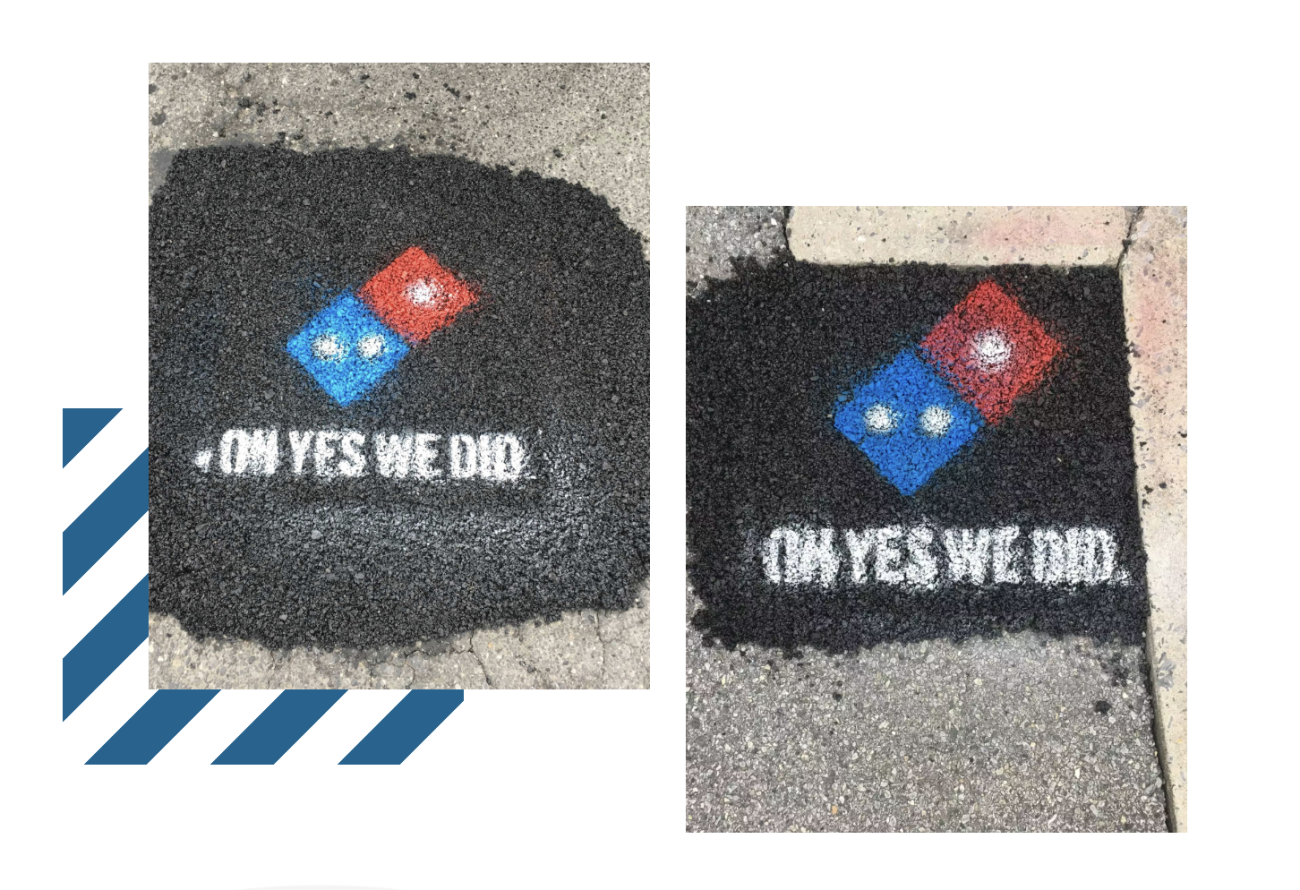 Hats off to Dominos for supplying this country with the gift of free market capitalism.