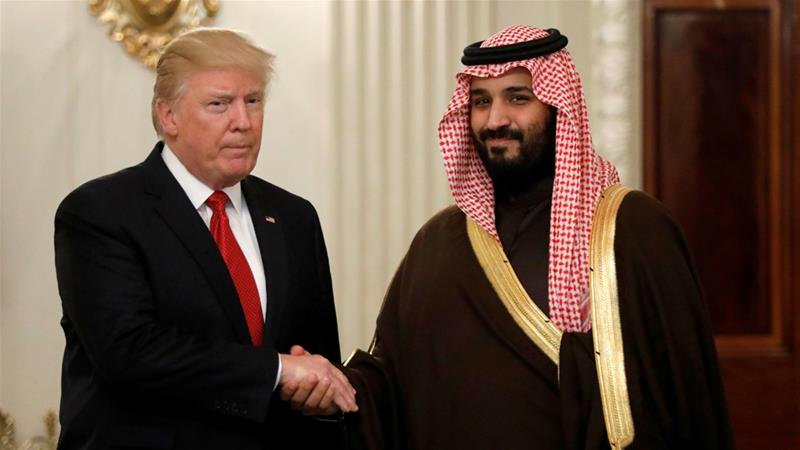 Day one of Donald Trump’s nine day tour of the Middle East and Europe resulted in a $110 billion arms deal with Saudi Arabia. The deal could be worth $350 billion over the next 10 years according to Secretary of State Rex Tillerson.

The deal is intended to assist Saudi Arabia’s security and fight against terrorism in the Middle East, as well bolstering the economies of both nations. “This package of defense equipment and services support the long-term security of Saudi Arabia and the Gulf region in the face of Iranian threats, while also bolstering the Kingdom’s ability to contribute to counter terrorism operations across the region, reducing the burden on the U.S. military to conduct those operations,” stated the White House.

After signing the deal, Trump said to journalists that it would bring “hundreds of billions of dollars of investments into the United States and jobs, jobs, jobs. So I would like to thank all of the people of Saudi Arabia.”

Congresswoman Tulsi Gabbard, who created the Stop Arming Terrorists act and has been traditionally anti-intervention on foreign policy, responded “Saudi Arabia has spent hundreds of billions of dollars spreading their extreme Wahhabi Salafist ideology around the world, creating fertile ground for terrorist organizations like ISIS and al-Qaeda to recruit, while simultaneously providing direct support to terrorist groups who pose a direct threat to US interests and who are fighting to overthrow the Syrian government.”

The Obama administration pulled back a similar deal with the Saudis after learning of increasing human rights violations in their war against Yemen. Senator Rand Paul supported this move stating “We are complicit and actively involved with war in Yemen. There’s been no debate in Congress, really no debate in the public sphere, over whether or not we should be at war in Yemen.” Paul has yet to make a statement on the current arms deal.

It would seem that the President has sacrificed a non-interventionist policy for potentially creating more jobs in the country. By selling arms to fight terrorism, the United States will create more conflict and a less stable region.