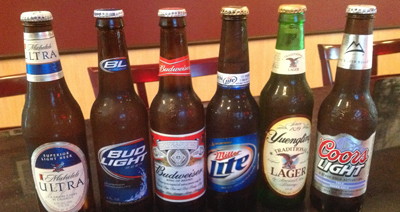 The Libertarian Party of Indiana is one of the most active state parties and they are making the news big time in their own state.

According to RTV 6 The Indy Channel, the party is planning a ‘drink in’ to protest the state’s new law concerning cold beer.

The protest, which will be held from 3-5 p.m. Sunday at the Ricker’s located at 1711 25th Street in Columbus, Indiana, will object to the “unnecessary and extensively over-reaching laws governing the sale of alcoholic beverages in Indiana.”

“Attempts have been made to restore economic liberty in alcohol sales in the past,” the party said in a statement Tuesday. “However, these attempts typically result in the laws benefiting a select group of well-funded, politically connected businesses, while excluding other businesses. Ricker’s was on the losing end of one such piece of recent legislation.”

In May, Gov. Eric Holcomb signed HEA1496 into law, mandating that beginning May 14, “a restaurant may not sell carryout unless at least 60 percent of its gross retail income from alcoholic beverage sales is derived from sales of alcoholic beverages consumed on the premises.”

Anyone that is in the Indiana area should consider joining the protest if you can. Standing up for Liberty is essential to our movement and having our voices heard can send waves through the political establishment that thinks they have total control over us.