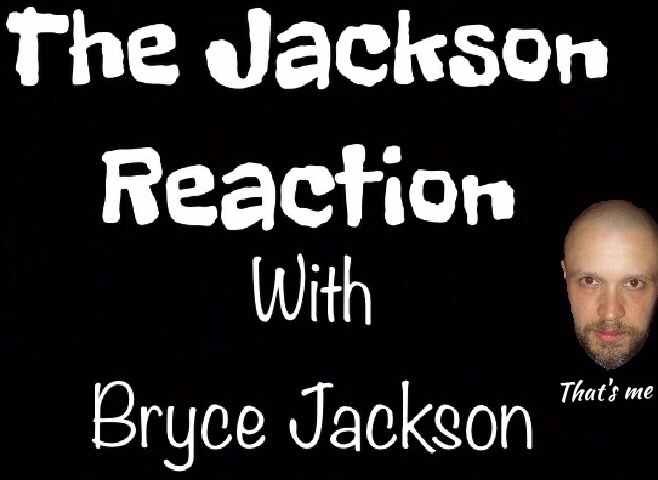 I remember being a leftist and looking for ways I could be offended and oppressed. It required a lot of word flipping also. So I guess it makes sense that my Twitter has had non-stop notifications today as a result of one simple phrase….

The phrase is one of many associated (within libertarian social media circles) with Eric July, lead vocalist for “Backwordz” and co-founder of the fastest growing libertarian news and information websites, BeingLibertarian.

An ardent anarcho-capitalist; July is no stranger to controversy. He’s been placed in Facebook jail for 30 days for being outspoken on his beliefs of freedom, consent, voluntaryism and an end to state-sanctioned force. And he is no stranger to leftist Twitter swarms either. On any given day you can find July and his many followers engaging in principled debate, usually with emotionally fueled leftists who erroneously think they advocate freedom, rather than chains.

But today was different: one writer (who was later revealed to be trans writer, CharlotteClymer of the HumanRightsCampaign) had spoken positively about taxes. More than positively, actually. After listing a number of services that libertarians of all stripes have offered alternatives for (going back 2 or 3 decades), Clymer proudly states her happiness with taxes. After leaving an eloquent and erudite reply to the tweet, July furthered with a quote tweet with the aforementioned catch phrase. (I’ve since learned that this phrase is fairly popular slang). 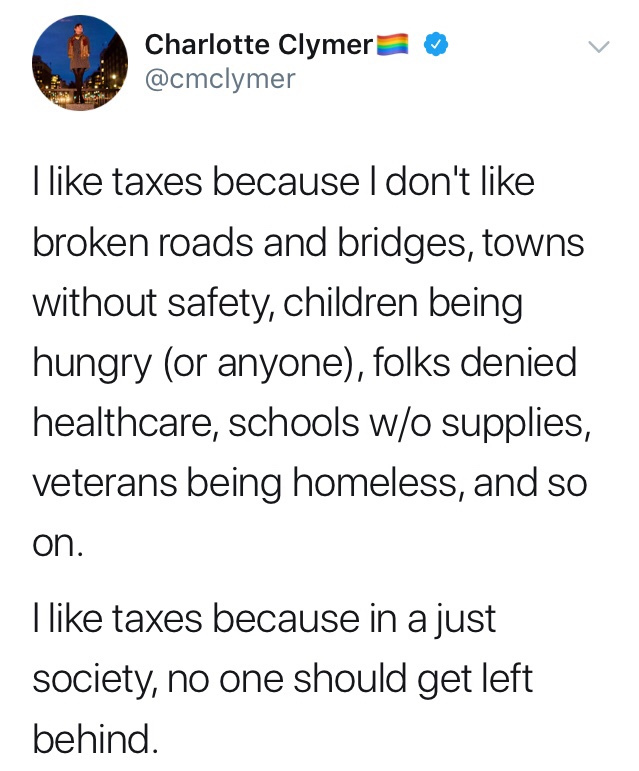 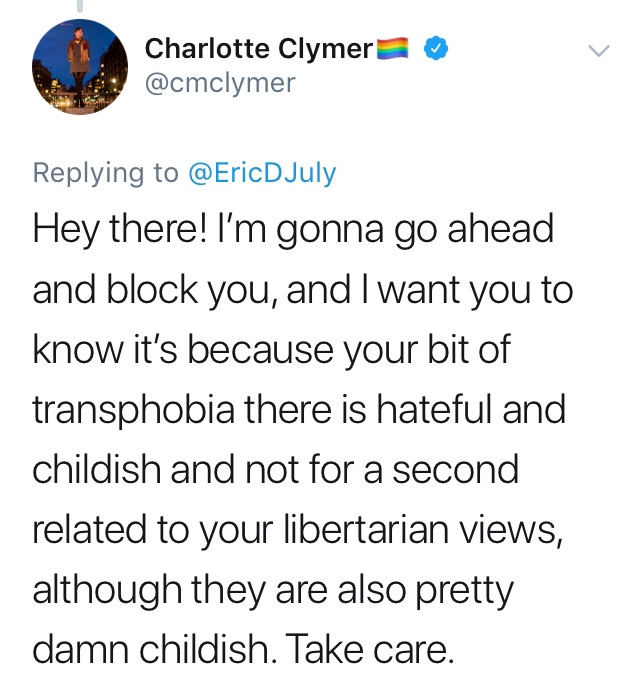 Now had Miss Clymer simply took offense to the snide and sarcastic brush-off July gave her, it probably wouldn’t have devolved into a literary free-for-all at 280 characters a pop. But she didn’t, instead leading with a tweet where Clymer called July a transphobe before promptly blocking him before he could retort. I saw it as it happened, very early in the morning here on the east coast. I set my phone down, having just started another menial bullshit job as my writing career continues to develop. I thought nothing of the tweet… until I looked at my phone again.

I had 25 notifications in only a few minutes (I had left some comment…I can’t remember right now and I am too lazy to go look). TWENTY-FIVE fucking notifications! And the cross section of leftist fucktards that stunk up this thread was quite vast. From ANTIFA members (go figure) to some member of every virtue signaling, “victims” group to the quaint lefty soccer mom, everyone felt the need to attack a man for a phrase where the word man was used… that’s it! Just the word “man”.

But for many lefty’s (regardless of which type) the man is the bringer of all that is oppressive and evil. And don’t even think of using common male speech. That is apparently part of the ‘toxic’ male mentality that is ruining America. You can’t call Tom Brady a pussy anymore because that is offensive to the strength of the vagina. (Literally, I’ve been told this!) Can you believe it!? The lefty’s haven’t already taken enough from us, now they want to take fucking FOOTBALL!

I know the vagina is a tough organ. But words evolve. Eminem went through this in the early 2000’s (before turning into a gun-grabbing lefty himself) when he used the dreaded word, “fag” and “faggot” to describe weak men. Though I no longer use this word (I would like to continue my successes as a writer, and that wouldn’t help), in my younger, hell-raising days, it was in fact how I described what I viewed as a weak man. You know what I never did though, I never thought of the person I was saying this towards as a homosexual. That is because there is nothing wrong with being a homosexual. Many of friends are. Many of my family are. But the word originally used to denigrate them has evolved into a different meaning. That doesn’t mean it doesn’t also retain it’s original meaning nor does it mean this line of thinking is the same for the “N-word”. That is because NO ONE hears the latter and thinks anything other than “that’s some racist shit right there”. And let’s face it, no one says it (unless making fun of racists) unless they are saying it in it’s classical meaning and understanding.

But back to Eric July, let’s break it down real quick before I make my point and end this; all he did was act dismissively towards someone that he would OBVIOUSLY disagree with. This shows how once again the left will try anything to shut down a debate they know they can’t win with logic. Hell, even I got called a racist just for advocating privatized schools. This is the mark of cowards, not people looking for intelligent discourse.

I think what is worst about the modern leftist is that they have become the new Jerry Falwell/Moral Majority. They have a list of moral absolutes (don’t do this, don’t say that) that you WILL FOLLOW, or else! It is the most hypocritical bullshit this 30-something writer has seen in a while. They say the government has no authority to say who you can or can’t marry (I agree, that’s dumb) but seem to want to make being selfish (apparently every libertarian is ) as illegal as a three-way assault on a widow woman.

Eventually the Twitter thread died down. The leftists got sick of asking how things will get paid for, and the libertarians got sick of explaining voluntaryism and logic. (And plenty of my conservative and libertarian customers got a kick out of it also.)

So in conclusion, either make an effort to know what is apparently common-use slang, or own it if you get called out and proven wrong – like blaming a man for bigotry who showed none.

Until next week, live free!