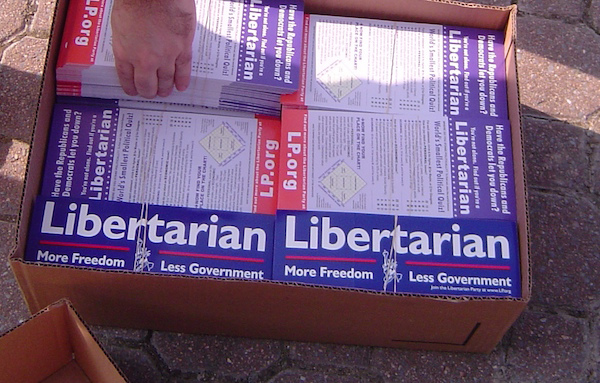 With the declining credibility of the Democrats and Republicans, the Libertarian party has continue to grow in membership. Ballot Access News reports, that surpassing the 500,000 mark makes the party the first non-major party to reach that mark.

The Green party and Constitution Party have never broken 400,000 in their years of highest membership, which may indicate a bright future for libertarians and the spread of the ideology. The only other party to reach this mark is California’s American Independent party who is not nationally organized.

According to data from Independent Political Report, the Libertarian Party has sat around 0.25% of the population for two decades, but now currently is at 0.46%, almost doubling average membership. The Party states that “Libertarian Party registration has grown by nearly 25 percent in the past year while Republican and Democratic registration continues to shrink […].”

Libertarians have a great opportunity in upcoming election cycles to really make an impact and become a player in national politics. We have to continue to demonstrate why the two major parties do not have their constituents interests at heart and why the party of principle will usher in a new era of reasonable and effective governance.