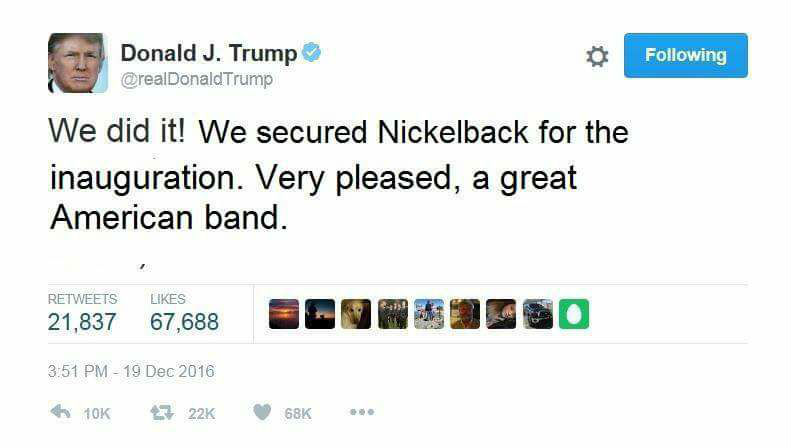 Politicians using social media accounts isn’t a new phenomenon, but the current President of the United States has used his in an unparalleled way. It seems most media stories revolving around Donald Trump have at least one screenshot or one quote from his infamous twitter. Former presidential candidate Michael Dukakis stated in an interview with New York’s WABC “It’s time for Trump to get off Twitter and start acting like the president of the United States because he’s got a lot of work ahead of him.”

While many may view Pres. Trump’s twitter habits as childish and unprofessional (and sometimes these criticisms are entirely justified), social media has also created a new kind of record for our elected officials.

Television beats online sources by 19%, but mostly because participants aged 50 and over far prefer television to any other medium. As the younger generations begin to become much of the population, I predict we will see a move towards more online news sources. This trend can already be seen in the amount of independent online news agencies that have emerged such as the Huffington Post and Vox.

This same trend would help to explain the number of politicians who have become active on social media. Bernie Sanders and Elizabeth Warren frequently post to their followers with commentary on news and current legislation being discussed. On the conservative side, Rand Paul and Justin Amash tend to be the most active. For those who follow them, it keeps the population up to date on our leaders’ current opinions and policies that they support. This is great, but it can also backfire.

Using twitter, many news agencies have shown when a politician’s current dialogue contradicts their past posts on social media. The most recent example is Donald Trump’s tweets from 2013 where he called for President Barack Obama to receive congressional approval before launching any military operations against Syria. His criticisms of the former president directly contradicted his own actions last week by ordering a missile strike on a Syrian airport without congressional approval.

Senator Sanders also received criticism in January when he deleted a tweet claiming that America’s relationship with the poor is worse than any other nation. The internet was extremely quick to point out North Korea and Venezuela as examples of countries with worse relations of their poor.

With the ease of taking a screenshot of anything that is posted to the internet and new websites dedicated to collecting deleted tweets from politicians, it’s enabling the media and the public the ability to hold our public servants accountable. Politifact uses tweets as a part of their fact checking.

While some may claim that social media is making us more partisan (and subsequently claim that it’s not), Facebook, Twitter and Instagram have created a sort of pop-culture political record that the public wants to utilize. While I have no studies to prove this, I would be willing to bet that most Americans rarely if ever go to their senator’s government webpage and check their voting record. Social media has created an opening for public participation in maintaining governmental accountability than any other platform.