The Jackson Reaction: State of Disunion and Pretentious Politics at the Grammys 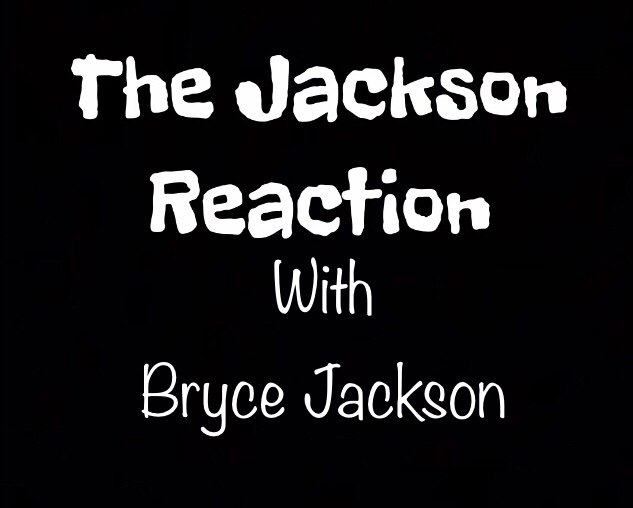 President Trump gave his first State of the Union address this week, and given what I have seen said about it online, I am glad I decided to watch Smackdown Live. But I saw enough interesting tidbits that I went back and watched the replay (which left me more convinced that I made the right decision when choosing a channel for the night) and I have come to a few educated opinions on the night’s speech.

The Economy is doing Great: Yes, Mr. President, we know! Not only have I felt the effects here at home (rich people are spending their money more frivolously, which benefits me greatly) but you literally remind us, the American people, every single day via Twitter. Thank you for that, by the way. (In case you’re as thick as I think you are President Trump, that was sarcasm.)

We Will Not Tolerate North Korea’s Threats: Good, we shouldn’t. But as someone who has easily been in more physically confrontational situations than our President has, I have learned that I tend to get less threats when I GIVE LESS THREATS… oh, and not acting in a perpetually threatening manner helps as well.
Also, virtue signaling with the crippled Korean guy… c’mon man, what the fuck?

We Need “The Wall”: No, YOU need the wall. Like, for real bro… you need it. You promised it and if you do not deliver, YOU WON’T WIN A SECOND TERM! You know this, and that would just be too much of a kick in your ego’s berries for you to bear. That is fine, but don’t treat me (one of your bosses) like an idiot. Whether that wall ever gets built will have no effect on a pissed off writer and cook in cold ass Vermont. And that is true for a large portion of this country that does NOT fear low skilled people “steelin’ er jobs”.

My overall reaction: President Trump is all talk and no trousers. While his generically passionate words towards unity were superficially inspiring, his insistence for compromise on issues Democrats are assured to NEVER compromise on (namely, “The Wall”) is as ridiculous as the GOP insistence to NOT compromise (again, mostly the wall). While I don’t want the wall or the safety net bullshit the Dem’s are stamping their feet over, if I were a member of the duopoly, I would be smart enough to realize this is a stalemate and both sides (unless someone wishes to change the rules of Congress) need to cave a little.

Of course, here’s hoping they do NOT cave so we can enjoy another government shutdown (who’s with me?)

I also skipped the Grammy Awards (for basically the same reasons). Upon seeing the fallout online, I was glad (also for the same reasons, it’s like I am re-writing the first part of this column).

Now, I can understand using your platform as a celebrity to push your beliefs. I would also do it if I had the opportunity. And while I would certainly be lumped in with the “Never Trump” crowd, I’d like to think my arguments against the man would bear more substance and less emotion than that of our common Trump hating members of the music world. Although not everyone showed up in favor of Team Blue (that’s the Democrats, in case you’re wondering).

Joy Villa outdid herself with her dress, which bore the image of a fetus’s silhouette and the words “choose life”. Upon seeing the picture, the first thing I thought was “I wonder how she feels about abortion?”

So to the musicians of the world, I say this; Do you want me to continue choosing alternate programs as opposed to your industry’s biggest event? And just so I am clear, I am saying this to the leftist elite AND the Joy Villa’s of the industry. This is the same reason people are choosing to not vote. Shit, this is the same reason people are choosing to abstain from football. We don’t tune into these things so that we can find out our favorite singer or athlete supports universal healthcare or the second amendment. If you want to talk about your politics, do what James Woods did and blast that shit on Twitter.

Something has been on my mind…

I’ve noticed an uptick in the social media presence of conservatives who believe libertarians essentially owe their votes to whoever the GOP puts up. It seems that with the midterms only 9 months away some on the American right are nervous that libertarians might withhold their votes rather than default to a Republican. While I wish this was the case (it would cause legitimate fear within the GOP which might actually cause them to compromise towards liberty), I feel I must be honest to any of my conservative brethren that are fretting. There are more then enough of the old school libertarian base that will still take the conservative (even if they grumble about it afterward).

But wouldn’t it be great if we actually could form a large enough voting block that it caused the Dems and GOP to actually compete for our votes? I mean obviously the preferred outcome would be for the LP to just overtake one or both parts of the duopoly, but this would be a very close (and potentially achievable) alternative.
And in closing I would just like to touch briefly on the decision of New York gubernatorial candidate, Larry Sharpe, to leave the Libertarian Party leadership this week. While this isn’t a big deal (to me), it does speak to the presumed path of the party’s leaders – deciding that the path advocated by one of our party’s most popular and unifying members wasn’t as good as keeping a fringe maverick. But, what’s done is done and there is nothing more to be said on that. Good news, now Sharpe can dedicate himself fully (not that he wasn’t) to his campaign to end Cuomo’s fiscal irresponsibility.

And I, for one, can live with that. Until next week folks; Cheers!